My journey into my love and passion of Patisserie and Bakery started 25 years ago in my home town of Lancashire in the North of England.

I first entered a kitchen as a teenager, 13 years old. I would like to tell you it was all glamorous, however, I started as a pot washer, spending my shifts watching all the chefs run around creating delicious foods as well as of course, creating a lot of washing up. For me, this was the first insight to a not so glamorous industry however that is what intrigued me, especially as one of those chefs was my older brother. Eventually (months) I was trusted to start plating the desserts and although you may not think that is creative, indeed it is as I got to experiment with tempering chocolate, playing with sugar and making the desserts look truly amazing as they left the kitchen ready to be admired by the person about to delve into this plate full of spectacular delight.

My thirst for wanting to be able to learn the science of food and be able to create these desserts from scratch saw me at an early age embark on a 5-year accredited cake decorating course and all this started before I left high school.

At 16 I started at a catering college where after a few months I knew I wanted to specialise in Patisserie and quickly made the decision to move to a college that not only did this but also in  bakery. By the time I was 19 years old I was fully qualified, which would usually take 4/5 years.

During these 3 years, I worked alongside some incredible inspiring chefs, some known and many who are not to anyone outside the industry. And again, for part of this time, I worked my way up to be a Patisserie Chef from my brother who had by then become a Head Chef of a Restaurant. This was not handed to me I had to work incredibly hard and even harder due to him being my brother.

I also had a job in a bakery and I certainly was burning the candle at every angle, but my love and passion for my industry was my drive and I was having fun learning, developing and having the best adventure of my life. With awards such as “Best Confectioner of the year” for two years running and 1st in the Royal Iced Christmas Cake, two years running I was armed to tackle the world and make my mark.

I was incredibly lucky to be given an opportunity to work in France in a place called Angus just south of Paris, where although my French was not brilliant, I learnt by watching the talented French Patisserie chefs and bakers create their traditional treats and delights. This then led me to work in London for the Royal Family and then at Windsor Castle for the Queen Mother.

After a few more years in the industry working around the UK,  I was offered a position as a Bakery Lecturer in Northampton before moving on 2 years later to become a Patisserie Lecturer in Leicester England. There I taught  hundreds, possibly thousands of chefs and bakers the true science behind ingredients before they went to embarked on their own journeys with some here in Perth and all over the world. 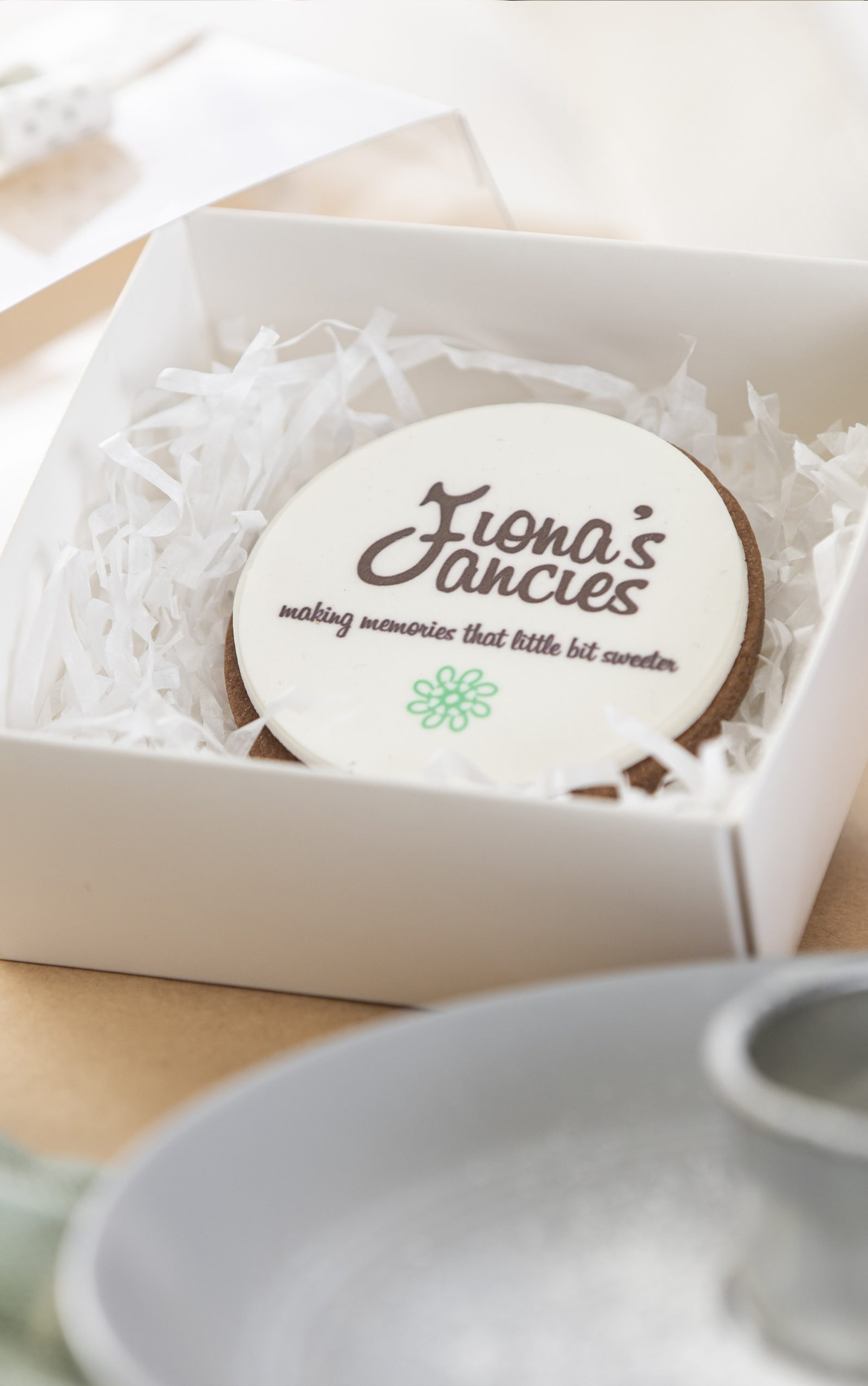 Since arriving in Australia in March 2013 it was my dream and goal to continue my business in Australia, after working in Mandurah as a Patisserie Chef I launched Fiona’s Fancies in September 2013, specialising in bespoke celebration cakes. Over the course of the 7 years Fiona’s Fancies has evolved and now specialises in corporate cupcakes and cookies, personalised cookies and cookie cakes servicing Dawesville to the Perth CBD.

My ability to develop recipes to taste just right without using processed ingredients has seen many customers keep returning again and again. Getting the sweetness of the products to balance is one of my many talents and a frequent comment in my feedback from my customers. In 2015 I won the BAA (Bakery Association Australia) 1st in the Novelty Cake for a Wallace and Gromit Bakery design just 2 days before giving birth to our little girl.

Whilst running Fiona’s Fancies I am also a judge at the Perth Royal Show and have been for the last 4 years, this is one of the most enjoyable events each year for me as I get to see the new talent coming through which reminds me of myself at their age. Every year the competition classes become more and more defined with more Patisserie Chefs and Bakers entering. The classes I get to judge are in the Patisserie areas, Gateaux’s, cupcakes, doughnuts, tortes and my absolute favourite is the Apprenticeship classes.
On the day the room is filled with an atmosphere of delight and I feel incredibly lucky to be asked to go back every year, I especially enjoy giving the feedback to the competitors and training the Stewards to one day be in my spot and be able to judge. After all, our industry is about showing, teaching others but more importantly continuing to develop and refine our very own skills because our industry changes overnight and to be able to move with it and adapt to the changes is the main reason why I have been so successful in my career.

As you can see I have spent many years refining my skills and my natural talent for developing recipes and getting the balance of flavours right for all palates to enjoy. There is no better or professional business to handle your corporate branded logo cupcakes, your corporate branded logo cookies, cake cookies or your personalised custom cookies for your event or celebration.

Fiona’s Fancies prides itself on using, fresh, from scratch high quality, natural ingredients. No pre-mixes in our kitchen!

Remember to sign up to our newsletter for up to date news and special offers. 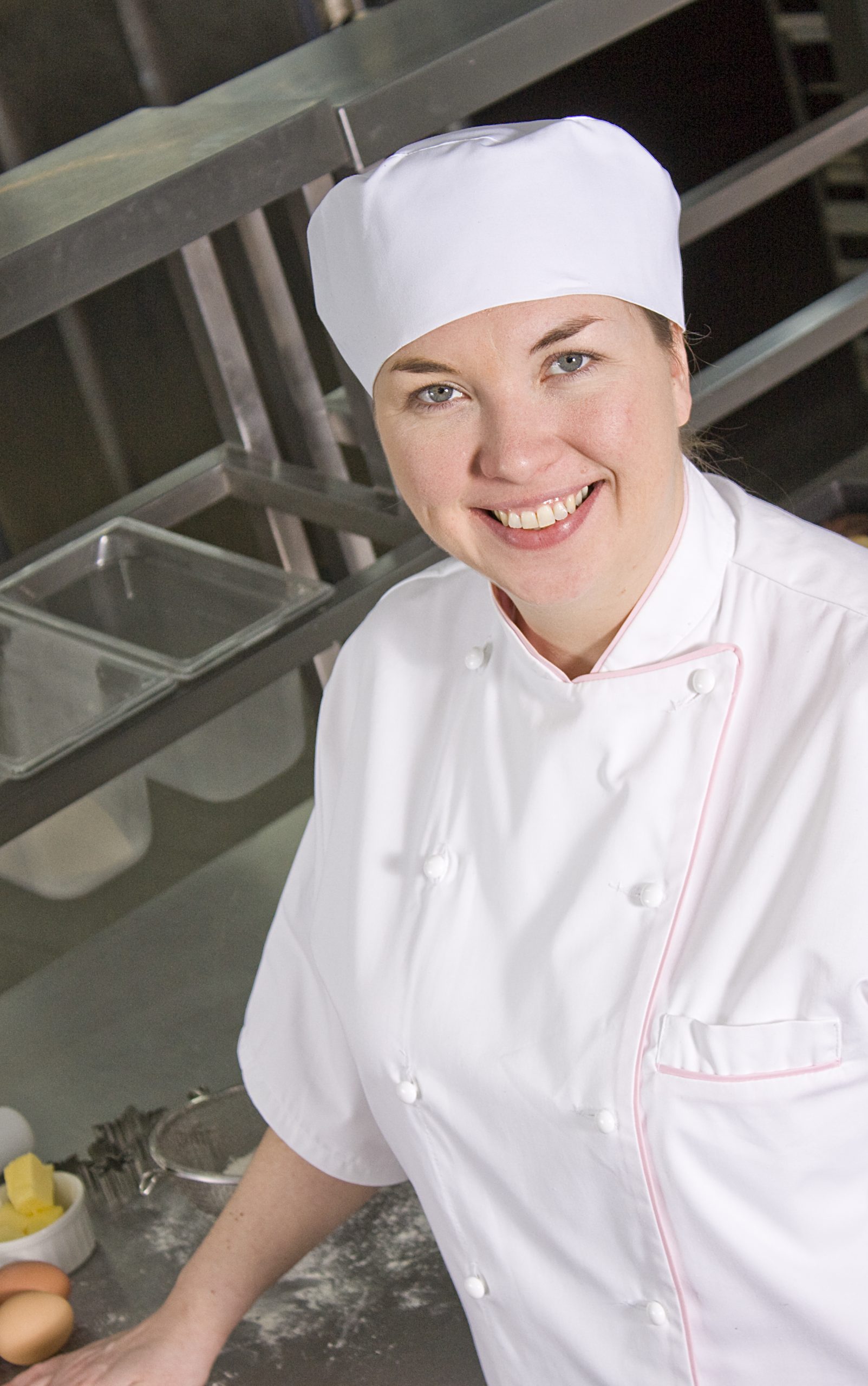